Never mind about his movies, his trailer launch also trends on Twitter and Facebook. Stunned by his bearded look and Raees trailer, I thought of writing a Blog about the man himself, Dr. Shah Rukh Khan. 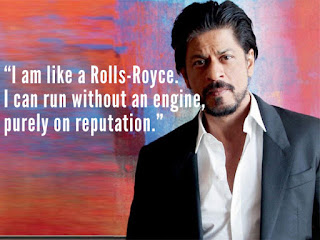 So, what separates King Khan from the rest of the lot? An outsider to this industry, the man who had no Godfather, no ready red carpet and yet here he is today being the Godfather himself, who has made the red carpet his own. The Self-made actor is ruling Bollywood since last two and half decades. With the most number of Film-fare awards, he must be Numero-Uno indeed. 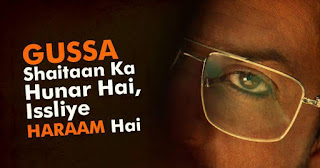 An astounding facet of his life is, him being the perfect family man. A lovable husband and a dotting father, has never ever over-shadowed the Superstar in him. Loyalty is the rarest virtue in the film line, which only a handful could possess. Love him or hate him, but his journey from Nothing to Everything, from Middle-class to Mannat is truly inspiring. It is only apt that Mr. Mahesh Bhatt has suggested him the title for his autobiography, 'Twenty Years of a Decade'. 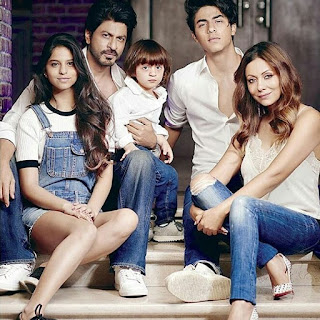 Apart from being easily the wittiest actor, he has that Baniye ka Dimaag too. He is a successful businessman too. Delhi boy, who had no money to travel back, today owns the costliest vanity in town. LoL, did you know, the second (Damn) richest actor in the world also owns a real estate company in Guernsey(An island known for its light taxes and easy regulations 😜). Let's learn it from his advice, 'Don't become a philosopher before you become rich'.

However, he wasn't always the Baadshah. A kid who lost his father at 15 and mother at 25 came to Mumbai for work. Now that itself sounds as a daunting task. Fed up by the rejections and trouble this city gave him, one day in sheer anger he shouted from a bridge, 'One day I will rule this city'. Little did he knew, that God obliged at that very moment.


I know, its pretty easy to get inspired by actors, their style, their looks but let's admire him not just as an actor but as a personality. A man who prefers to put things bluntly, rather than hiding behind fake modesty. He truly believes he is the best, and hence the sun never sets on him. Only actor who has received the Doctorate from University of Edinburgh, Only actor to be invited by Oxford university for a speech, Only actor who a lane by his name in Russia, Only actor whose movies are tax free in Germany must be the Only Actor Mr. Shah Rukh Khan.

Posted by MindBloggingNHP at 12/08/2016 10:35:00 am
Email ThisBlogThis!Share to TwitterShare to FacebookShare to Pinterest